I have had a number of conversations over the past few months about the current term’s students, teaching in the Twenty-First Century (whatever that is supposed to substantively mean, I’m still not certain), and the continuing erosion of the humanities, the university and education in general.  Common to these conversations with fellow teachers is an attempt to divine the answers to the troubling question: what’s up with our students today?

The usual suspects of replies range from underpreparation to grade and credential inflation to overpopulation to the cultural norm that college is for everyone.  All of these factors (and others) contribute to the sense that something just isn’t right about our students.  And I know I probably sound like Mr. Wilson yelling at kids to get off his lawn or the grumpiest of old men Statler and Waldorf, but it isn’t my age but the years I have spent in the classroom (nearly 15 now) that lead me to the conclusion that most of our students suffer from privilege-blindess and a growing yet indescribable resentment.  It’s in their bones.  It’s in the pit of their stomachs.  It’s in their eyes.  A simultaneous deadening and waking anger.

As many others have already argued, our students take their education for granted, they treat their education like a game (more slot machine or roulette than agon or adventure, which worries me given the push for gamifying education further), and they expect their education to be a service industry.  Transactional, commodified, and easy.  It’s education as fast food or one-click shopping.  It’s Paulo Freire’s worst nightmare but in reverse: it’s the students who are paying for, demanding, and reupping the banking concept.  The result, of course, is a long list of teacherly (and even employer) grouchings and grievances: underpreparation, depoliticization, laziness, passiveness, passive aggressiveness, detachment, lack of responsibility, failure to see consequences, poor time management, disrespect, grade haggling, and grade-mongering.  And in the end, it’s the teacher’s fault, the class’s fault, the liberal agenda’s fault, the homosexual mafia’s fault, the technology’s fault, or the university’s fault. 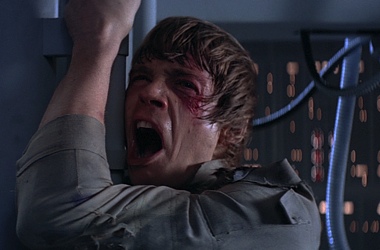 More and more, I get the sense that students seek refuge behind their privilege-blindness and invoke the rhetoric of rights, individualism, and bias whenever they are asked to interrogate their own social locations.  Moreover, when challenged and when required to “work” for their education, they become defensive, demoralized, and resentful.  It is this resentment that seems new to me.  It is more than just being unhappy or frustrated or scared.  Those are garden variety.  What’s new is the linking up of all of these ideologies and affective responses.  When I first started teaching, the response to being challenged intellectually, politically, even personally was to question authority (even the teacher’s), a lingering zeitgest from the cultural tumult of the mid-century.  Then the response became more oppositional, more couched as affront or offense or personal injury.  And now, the response is this ambivalent seething ennui.  Our students have become sullen.  Pouting, even.

What worries the most though is that even my students of color and my students of difference are beginning to lose sight of the incredible struggles and coalitions and even violences required to open the doors to their now-taken-for-granted education.  The buying into the American Dream, the myth of self-sufficiency, and the desire to join the model minorities amazes me.  Sadly, at UW, all of these ideals and hopes simply do not bear out, particularly for underrepresented students.  Given all of the rhetoric about the UW’s innovation, diversity, flagship community, I am shocked by all of the laurel-resting when there’s still so much to be done.  I mean just look at the statistics recently published in the UW’s Graduate School Diversity Report 2011:

In many ways, Washington state has a dismal educational record – ranking in the bottom third or fourth nationally in degree production.  Among the 50 states, Washington ranks:

Today, Washington state is forced to import workers with master’s degrees and doctorates from other states because we aren’t educating enough of our residents.

Statistics like these can’t be helping our students sense of the future (or lack thereof), which further adds salt to fussy and frustrated wounds.

This long meditation comes after getting an email from a student who is neither doing poorly or doing outstandingly in my class this quarter, from a student who in the seventh week (of an eleven week quarter) has finally woken up and is now “concerned” about their grades, from a student who has not spoken up, asked a question, or come to office hours.  That said, the student’s email immediately frames their mediocrity as a shortfall on my part with telling phrases like “I’m not getting what you’re looking for” and “I’m spending so much time on your class” and “I’m not getting the results that I expect.”  The email ends with asking for help but couched as a way to improve grades and not necessarily improve their understanding of the course goals or materials at hand.

Again, it is not that I haven’t seen this song and dance before.  But the timber of the pedagogical moment seems different.  I am uncertain if this resentment will turn around or if it will turn into something darker, more dangerous.  (Given the political landscape and the attacks on education at all levels, I fear the latter.)  And I don’t know if I have the tools as a teacher to respond to this resentment.  It is something I have been thinking a lot about this quarter.  I have gone through my usual bag-o-tricks: encouragement, jocularity, one-on-one conferences, scolding, punishment, even group work.  What I hope works, in the final calculation, is that I have tried to be open, honest, pragmatic, and demonstrative of my investment in and enthusiasm for their education.  I guess every teacher wants their students to do well, to be critical thinkers, to be enlightened by what they read, hear, write, and think in class.  It is a romantic and not unproblematic desire.  But this business of education has always been push-pull between needing to be directive and decentering the classroom, between canons and alternative knowledges, between teaching and learning.  I obviously don’t think it is either or.  And the best teachers I have had in my own life were never loosey-goosey about their own preferences, politics, and limitations.  Rather, they were role models and mentors and dare I say surrogate parents in all of the best senses.