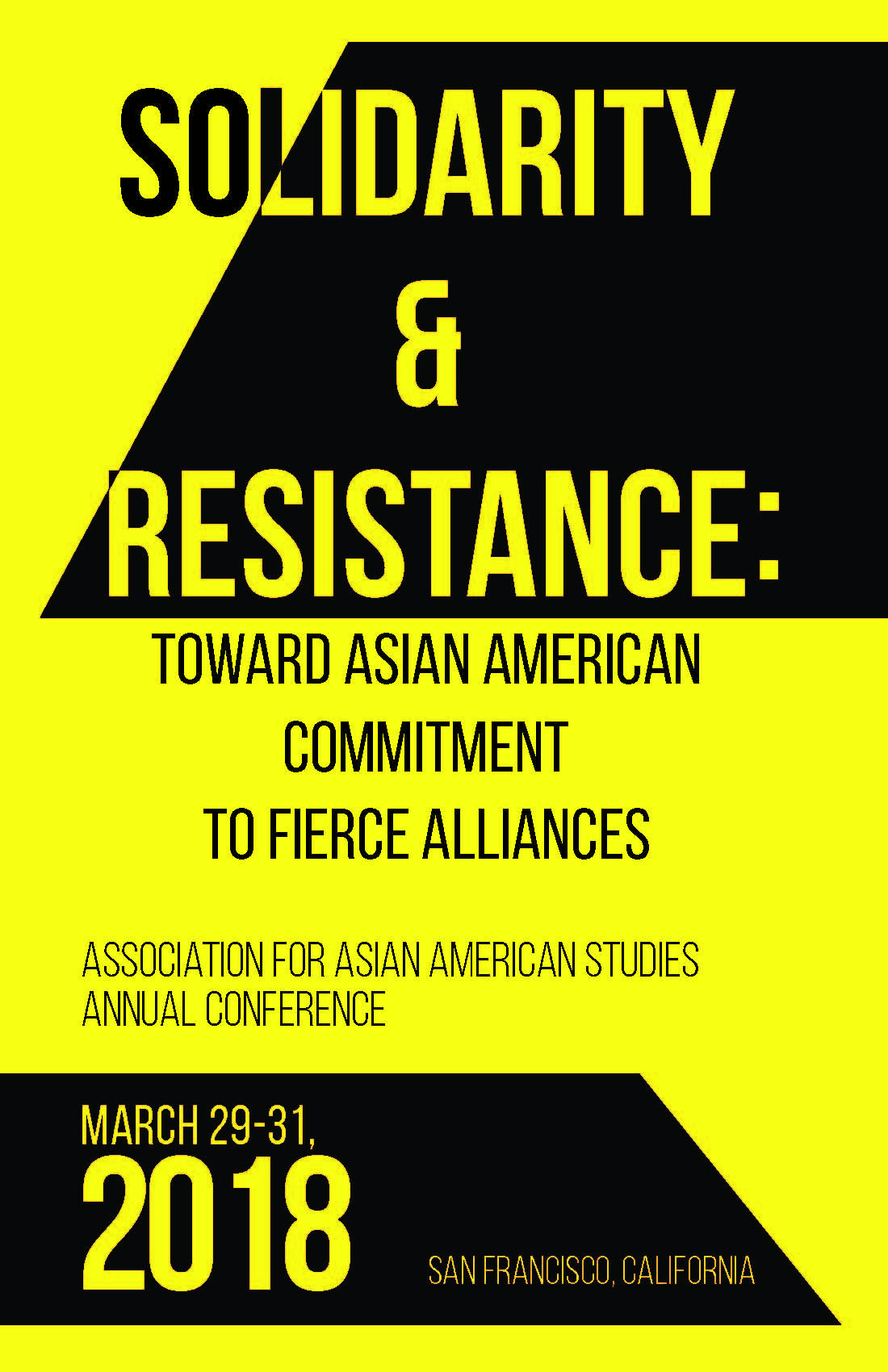 I am headed to San Francisco (and it has been a while since I have visited one of my most favorite cities) for the 2018 Association for Asian American Studies (AAAS) Conference.  I was invited to be the discussant for two panels:

I am looking forward to hearing the work of these scholars, and I hope I can serve the panels well.  This will be my first time at AAAS, and I am a little nervous.  I want to make sure that I listen, synthesize, and offer thoughtful and useful questions and responses.  Moreover, this will be the second conference this year that I have attended for the first time and where I will know very few people.  But it is a great opportunity.  Though Asian American Studies is not a specialization (and I have some pretty frustrating stories from graduate school about being assumed to be an AsAm scholar), it is a turn I am interested in making.  I am thinking about connecting my second project on science fictions and games of color to Asian American Studies in a more substantive way.

Again, thank you to Keva Bui and Christopher Patterson for organizing and including in me in their panels respectively.