I received a lovely little email today from the UO College of Arts and Sciences’s communications office telling me: “Thank you for being a part of the winter 2017 issue of Cascade! Here’s a link to your story: http://cascade.uoregon.edu/winter2017/social-sciences/queen-of-fantasy/.”  My students and I are mentioned as part of the brief coverage of last year’s 2016 James Tiptree, Jr. Symposium, which honored Ursula K. Le Guin:

Edmond Chang, of women’s and gender studies, dissected The Word for World Is Forest, in which a peaceful culture is introduced to mass violence. Ben Saunders, of English, led a discussion with comic book writer Kelly Sue DeConnick on the future of feminist SF. Panelists also showed that Le Guin’s Left Hand of Darkness, published in 1969, introduced ideas about gender that scholars only began to devote attention to decades later. 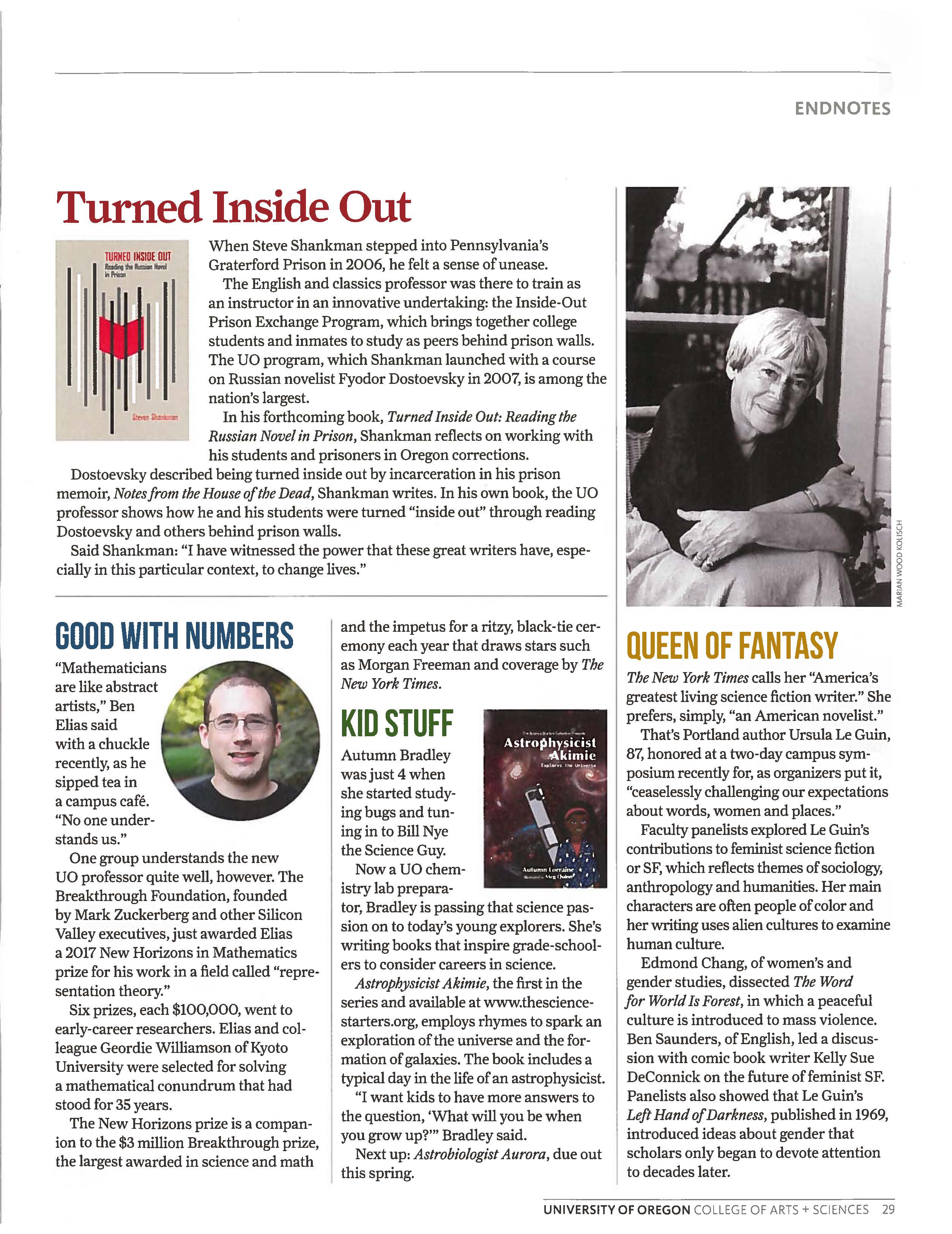