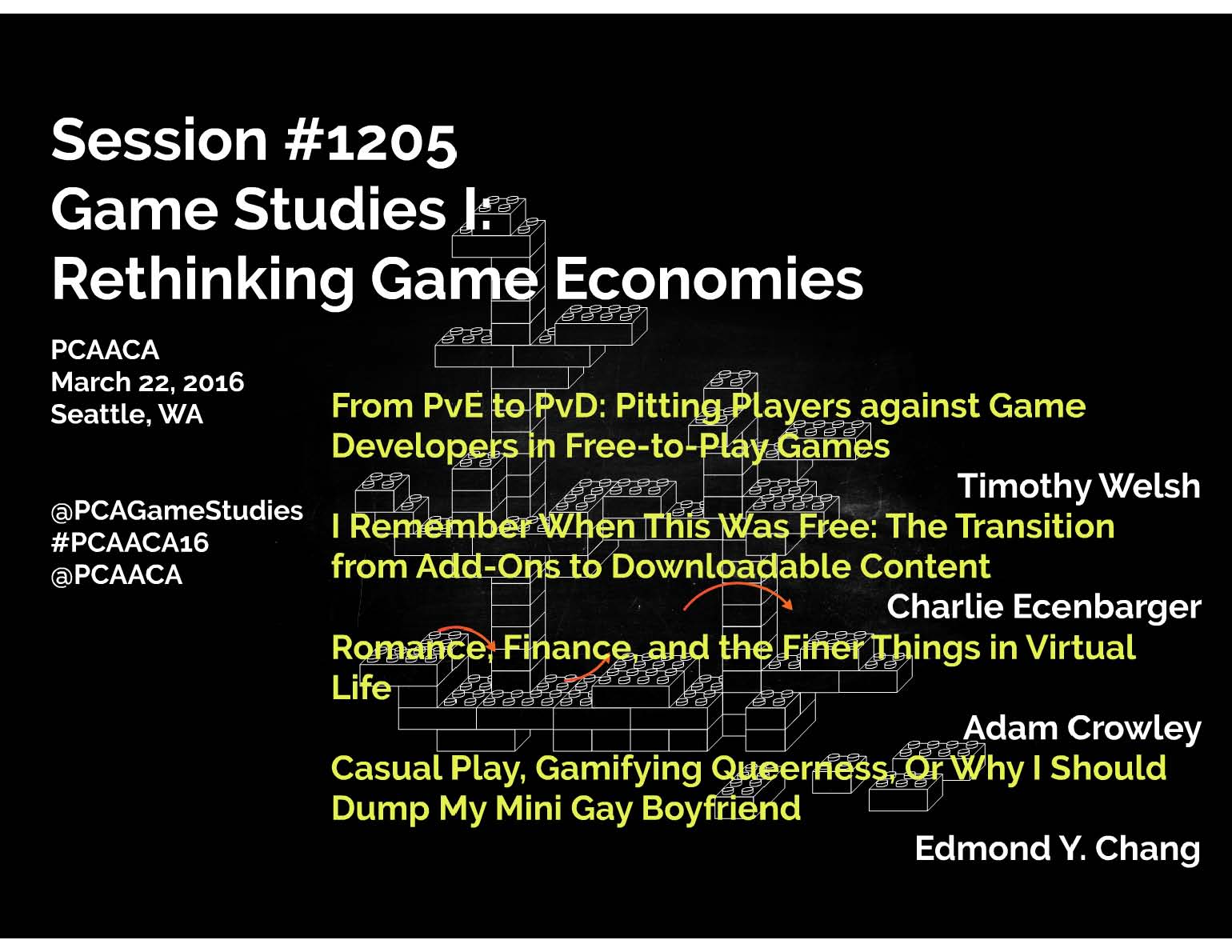 I will be presenting alongside good friend and colleague Timothy Welsh.  My particularly talk is about casual games, gamifying queerness, and the commodification of LGBT content in digital games.  My abstract reads:

Jesper Juul’s A Casual Revolution: Reinventing Video Games and Their Players argues that digital games “are socially embeddable: games for which much of the interesting experience is not explicitly in the game, but is something that players add to the game” (20). In particular, casual games—games ostensibly for non-expert, occasional players—“are something of a revolution—a cultural reinvention of what a video game can be, a reimagining of who can be a video game player” (5, 7). This presentation takes up Juul’s definition of social embeddedness and extends it, queers it to articulate the possibilities and limitations of casual games for lesbian, gay, bisexual, and transgender content, mechanics, and players. Given the growing number of casual players, which outpaces that of “hardcore” gamers, looking at seemingly innocuous games like Zynga’s FrontierVille, Digicub’s Mini Gay Boyfriend, or Atari’s Pridefest reveal how queer “experiences” have been reimagined and repackaged, problematically gamified, and recuperated by digital games.

And here are my Prezi slides: