My essay “Love is in the Air: Queer (Im)possibility and Straightwashing in FrontierVille and World of Warcraft” is finally out in QED: A Journal in GLBTQ Worldmaking (Volume 2, Issue 2).  I had the fine privilege of working with editors Charles E. Morris III and Thomas K. Nakayama, and my essay appears next to scholar-friends Adrienne Shaw, Bonnie Ruberg, and the like.  It is a wonderful and thoughtful issue.  The abstract for my essay reads:

Games like World of Warcraft have been called “inherently queer,” providing gamic spaces where gender and sexuality seem fluid and customizable. Although the provocation is exciting and revisits many of the arguments made about the liberatory potential of cyberspace, this article hopes to antidote the assumption that the virtual is “inherently” queer
and to unpack what I call the “interactive fallacy,” the further assumption that video games offer players unlimited power and control. Through a close reading and close playing of two massively multiplayer games—Zynga’s casual game FrontierVille and Blizzard’s World of Warcraft—I hope to identify and interrogate the ways that gender and sexuality (even race) in games are both normative and subversive. In other words, in games about fantasy and fun, how and where and why might real world queerness, gender, and race be rendered, negotiated, and disrupted? Is that even possible? Games like FrontierVille and World of Warcraft offer beginnings for gendered and queered play, allowing players to imagine and enact a range of desires, but ultimately both games narrow these choices and possibilities, rendering them algorithmically inconsequential, and restore them to heteronormative ends.  Looking at character creation, game play, and game narratives, this article argues for the productive opportunity in the play of, with, and play in sexuality and gender and race to discover what Lisa Nakamura calls “disruptive moments of recognition and misrecognition” that can offer subversive and queergaming potential and practices. Perhaps more important, this article also uncovers the ways that logics of digital games limit and norm players, narratives, and play itself.

The issue and essays will (eventually) also be available via Project Muse and JSTOR. 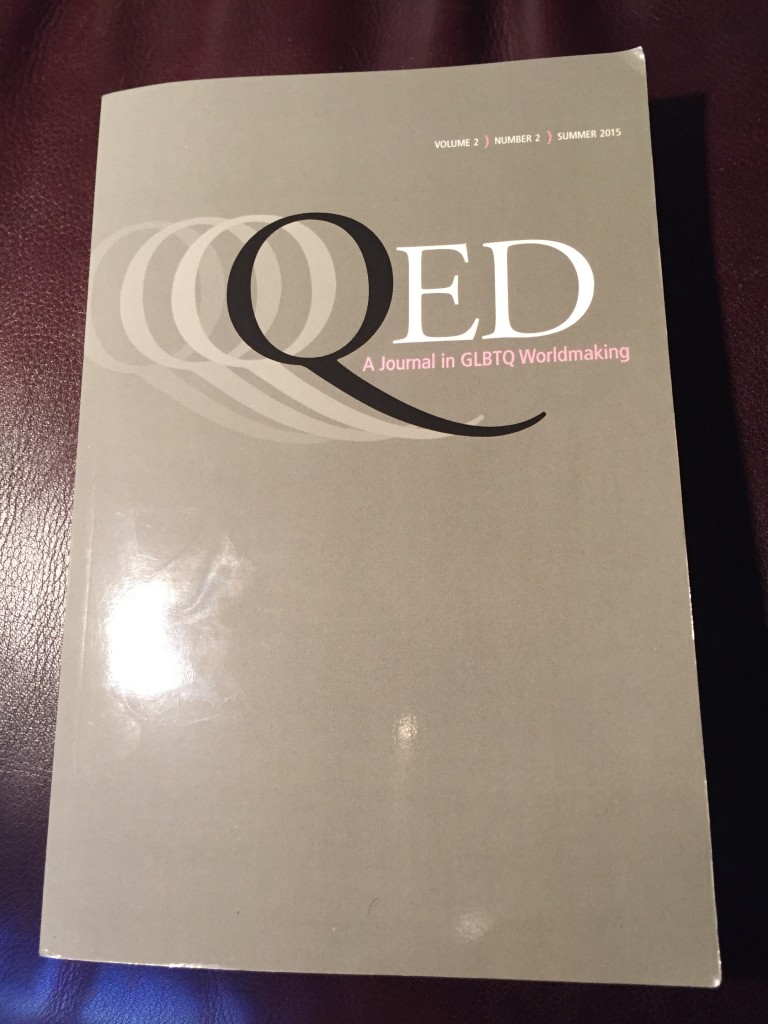 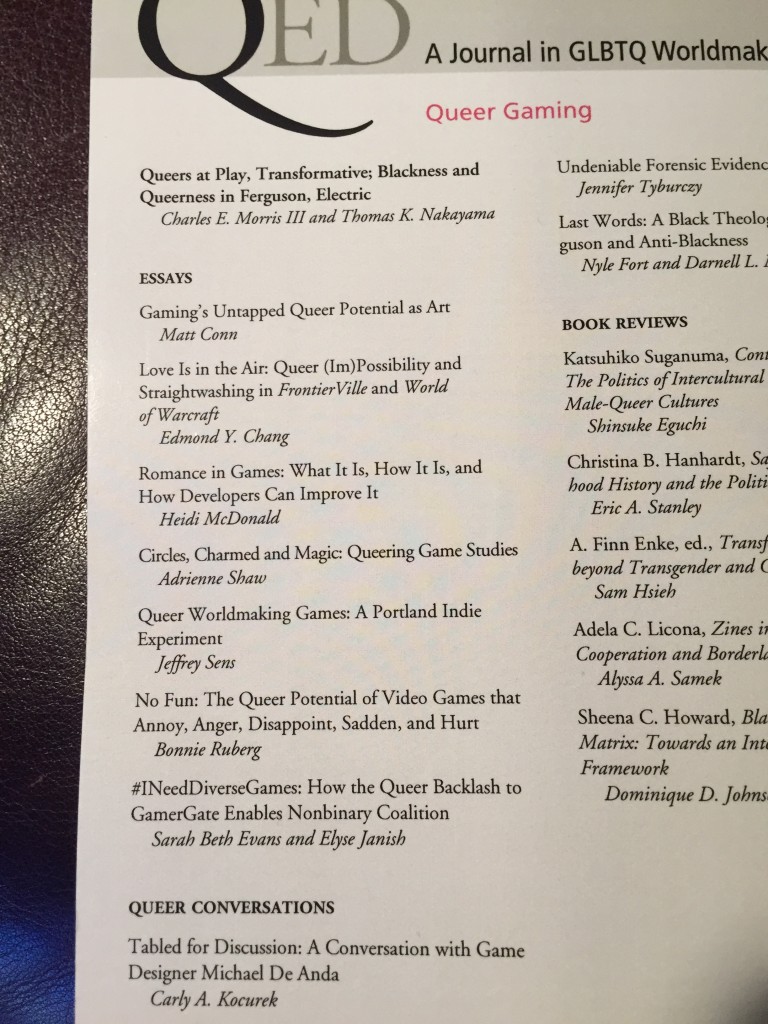