Just the first few hours into Dragon Age: Origins, I find myself distracted–deeply so–in both a good and bad way.  Chalk it up to being a video game scholar or maybe just an older, more worldly player but I rarely strive for the immersion that games supposedly promise and gamers uncritically desire.  (Reading for me, watching television or film for me is the same way.)  That does not mean I cannot get caught up in the story or the experience but rather that I slip in and out of play (some might call this “flow“) all of the time, both consciously and accidentally.  It makes for a much more interesting, even pleasurable experience for me.  It might be useful to consider the ways immersion and flow are highly normative given that the goal is to disappear mechanics, interruptions, glitches, narrative lapses, labor, and so forth; immersion and flow might be a kind of mystification, commodity fetishism, and technonormativity.  The immersive fallacy (as Salen and Zimmerman call it) and the interactive fallacy (as I have called it) is a fantasy I am willing to do away with, and like the magic circle, I think it is important to be able to play closely, play distantly, play diegetically, and play analytically. 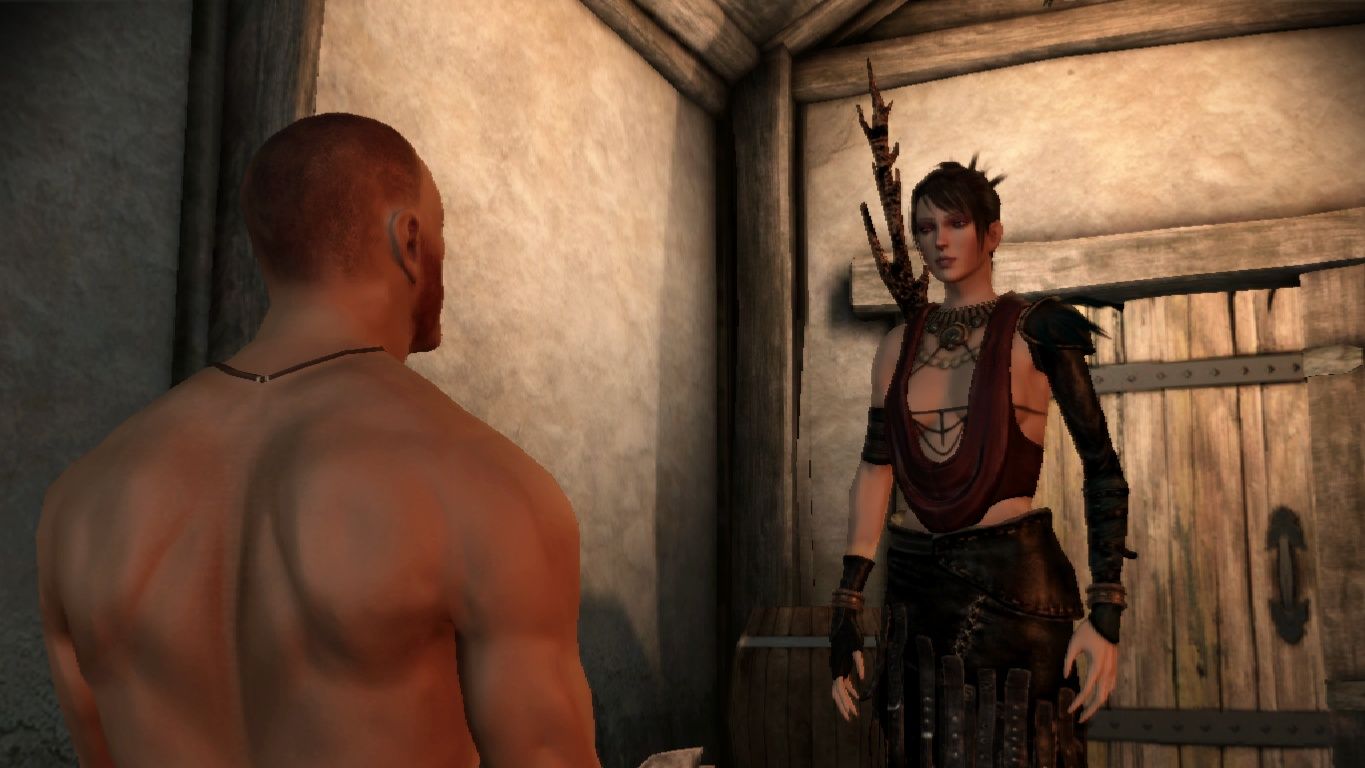 So, what distracts me about DAO?  A few things come to mind: the ways the “gaze” works in the game, the erotic quality of the game’s avatars and conversations, the annoying spectre of the limitations of decision and narrative trees, and the fact that the game sets up your first important relationship in fellow Grey Warden Alistair but denies the possibility of a same-sex romance.  There is an essay brewing in my mind about BioWare games, the gazes in the game, and the persistent feeling that everyone in the game wants to have sex with you, sex with each other, or just seem perpetually amorous.  The looks between men and the halted dialogue, in particular, seem–for a lack of a better word–porny to me.  Everything seems like a set-up for a throw-everything-off-the-table fuck scene.  This is especially clear when my character earns Alistair’s approval (as signaled by his approval rating ticking up).  The porny-ness, of course, is not limited to same-gender relationships.  I mean just look at the way Morrigan is dressed!  This aesthetic, atmosphere, mise en scene is really intriguing.  More work and thinking to do there. 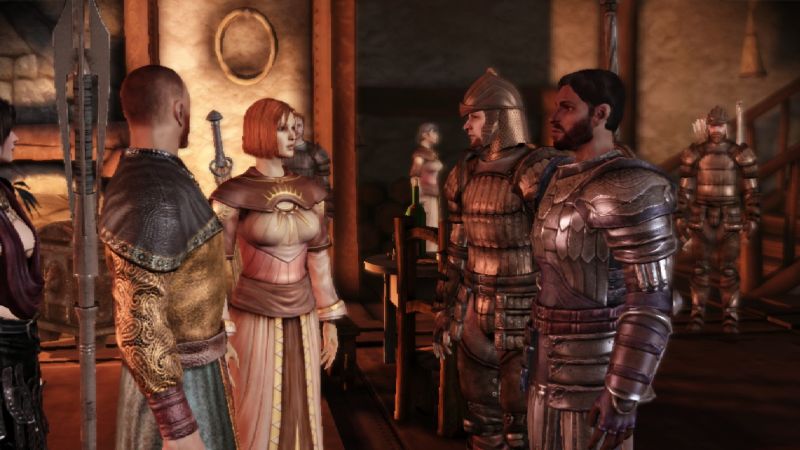 I am enjoying the game so far.  I have always liked computer role-playing games.  They have definitely come a long way, but I am aware that the game feels decidedly directed.  The game is directive in what you are supposed to do, where you are supposed to go, and what your role in the world will be.  Yes, there are many choices and the path to the “end” can be accomplished in different ways, but I feel powerless in certain ways about my character’s destiny.  It might be because the initial stages are about setting up the world, the game, training the player in how to play.  The fantasy world is compelling, though dependent on many conventional tropes and figures.  I guess I will have to see how things play out, but here’s to further queergaming!