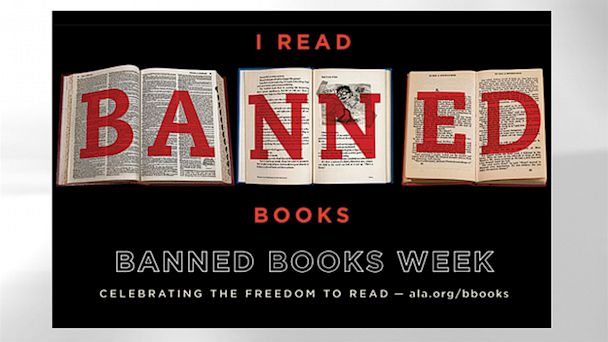 It’s Banned Books Week!  Sponsored by American Library Association, Association of American Publishers, National Coalition Against Censorship, National Council of Teachers of English, and others, “Banned Book Week” is about:

Banned Books Week was launched in 1982 in response to a sudden surge in the number of challenges to books in schools, bookstores and libraries. More than 11,300 books have been challenged since 1982. For more information on Banned Books Week, click here. According to the American Library Association, there were 464 challenges reported to the Office of Intellectual Freedom in 2012, and many more go unreported. The 10 most challenged titles of 2012 were:

I emphatically and proudly read books and teach books and work with books that regularly make it to banned book lists.  For example, I am teaching Ralph Ellison’s Invisible Man this semester in my African American science fiction class.  Invisible Man has just come under fire and been banned in a North Carolina county: http://courier-tribune.com/sections/news/local/county-board-bans-%E2%80%98invisible-man%E2%80%99-school-libraries.html (with follow-up here: http://gawker.com/the-bizarre-parent-letter-that-got-invisible-man-banned-1351663124).